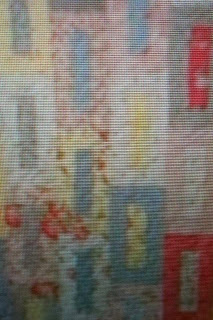 I had seen this quilt hanging on a wall in the background on a video recently and really wanted to make one. I had no idea what the pattern was for the block, but the materials I wanted to use were an old jelly roll that was in my stash. This is a bad photo but it's clipped from a screen shot of the video.

I loved the rich colors in this roll and figured it could work for the pattern.

The first two blocks I attempted were just really trying to determine the quickest way to put these blocks together. My problem was that I wanted to get at least two blocks out of each strip set. That meant I would have to make them smaller than these two prototypes which were 13 inches long. 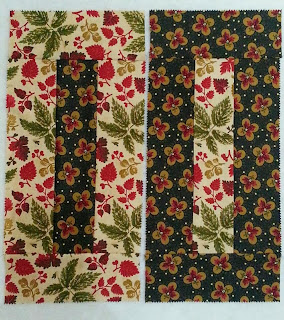 Because I hate waste I actually had to do math to figure out how to get two blocks out of each strip set. Fascinating how the print appears to change when the values are inverted. Also weird is how everything I make seems to have an Asian feel. 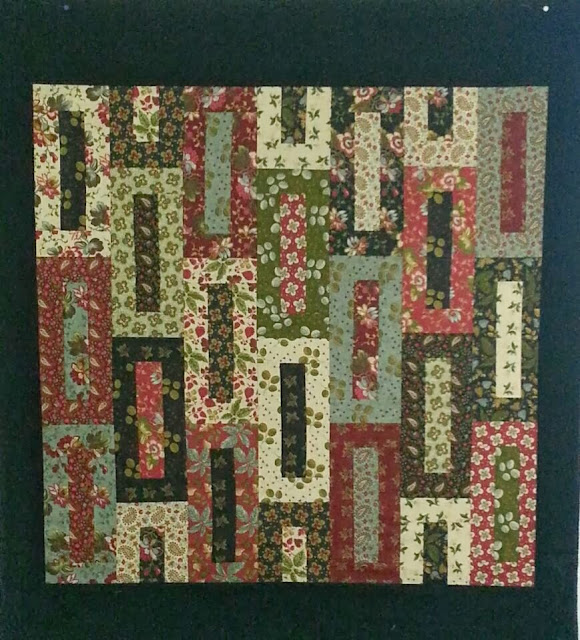 Ready for quilting! All that black is crying for variegated thread free motion! It's 46" x 54". I was going to border it with a solid floral pattern but the only solid I had enough yardage of was black. After putting it up I really like the black better than any floral I could have chosen.

This was fun to figure out!  If you have made this pattern & have any tips I'd sure appreciate them!
Thanks
and 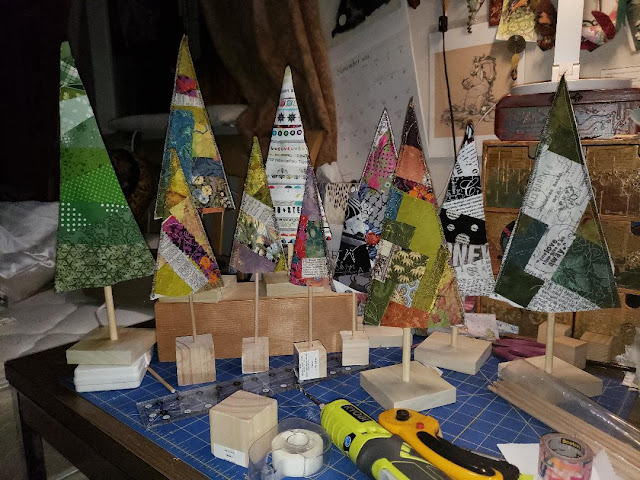